Let Them Eat Cake: A Message for Yom Kippur, 2013 by Rebecca Greene

“Let Them Eat Cake.”  What does this bring to mind?  Is it the words of Marie Antoinette, strolling as Bo Peep, in the Gardens of Versailles, immune to the starvation of her people.  Or in “The Butler,” the scene where the protagonist, suffering from hunger, frantically thrusts his arm through a glass bakery window, slathers his face with whip  cream from cakes, risking his life from the wounds to his arm and wrist.  Or Jean Valjean in  Les Miserables, stealing a loaf of bread (not cake) to stave his hunger. only to spend years incarcerated in France for his crime.

What does this have to do with Yom Kippur?  Today’s Haftorah from Isaiah reminds us that G-d will only forgive us and reward us with a good life if we engage in Tsedakah , including feeding the poor.  Isaiah tells us that it is not enough to have ashes on our foreheads or wear sack cloth or tear our clothes (today, whites and sneakers).  Or to pray and fast .  Forgiveness and blessing will only be rewarded to those who care for the poor; who give them shelter; who provide them with Food. 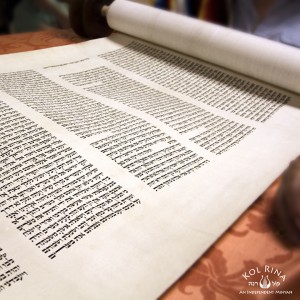 “The Poor Will Always be With Us.”  Certainly this was true in Biblical times when the poor were allowed to glean the left over grain from the fields.  (See the Torah and Ruth).

But today, especially in the last few years, the plight of the poor has gotten worse.  The New York Times recently disclosed that at least 1 out of 6 Americans are “food insecure,” many living on one meal a day.  We need not look to Appalachia, the focus of Michael Harrington’s The Other America.   Today, poverty is everywhere.  In New Jersey, at least 800,000 are on food stamps.  Many others starve without this paltry, safety net.  Nationwide, at least 48 million Americans get food stamps.

As a Legal Services lawyer, I have seen the lines for food stamps, food pantries, and soup kitchens grow larger and larger while the amount each person actually receives dwindles.   . Government surplus staples in the past, such as cheese, are rarely available.  Clients ask us for food.  Scrawny babies and toddlers scream from hunger, their parents unable to divert their attention.   Lack of food has devastating effects on American health.  We are the 4th after Turkey, Mexico and Slovakia in the numbers of death per 1000 under the age of 1. Maternal mortality is also the highest among advanced nations, according to the Times.  Life expectancy- at birth and at age 60- is also among the lowest.

And are food stamps such a panacea anyway?  A recent article in the Times found that food stamps on average last only 2 weeks a month.  What do people eat the rest of the time?  Can everyone survive on venison as an article in The Times described?  Will Essex County residents soon be desperately shooting deer in the South Mountain Reservation?  It takes at least a month for 70 per cent of the applicants in New Jersey to apply and get their food stamps, New Jersey being one of the slowest states, according to the Philadelphia Inquirer.  I have personally seen any clients waiting 3 or 4 months; by then, the Agency has determined that they manage on their own so why should they get them anyway.

As we sit here on Yom Kippur, feeling our own pangs of hunger, thinking about the cake we will ingest at Break Fast, let us adhere to G-d’s wishes and pledge to provide FOOD for the less fortunate.  Let us respond to the dwindling Government safety net by donating more food to the soup kitchens, cooking for the poor, providing food to both the kosher and not kosher food pantries and to Mazon.   Let us in our own small way seek to make things a little better for the less fortunate and thus gain G-d’s redemption and blessings.

Be a part of our community! We offer family, single and associate memberships. Please contact us for more information.

Be a part of our community! We offer family, single and associate memberships. Please contact us for more information.